The following article appeared recently in the Weardale Community News, reproduced here with kind permission of the author:

The North Pennines are now home to one of the UK’s few flocks of pure bred Icelandic sheep. These ‘sheep of the Vikings’ were taken by the Vikings from Scandinavia to Shetland the Faroes Iceland and Greenland.

They were the reason the Vikings were able to colonise Iceland successfully providing much needed food and clothing. Their fleece, famously double coated wool with tog and thel was used for sails providing the means for the Vikings to cross oceans.

Not that the Vikings just hung their woollies on a wooden pole and set sail! Their sails were carefully woven in twill treated with natural lanolin, tallow and fish oils to provide waterproofing. Replica sails tested against more recent products were more efficient and flexible coping with stronger seas than their modern equivalent made of artificial fibres.

In the UK the sheep are apparently related and may be the foundation breed for a number of our short tailed and North Atlantic rare breed types. Icelandic authorities have taken a number of steps to eradicate ‘improved ‘stock in past years imported from other countries and only pure bred Icelandic sheep are raised there now.

Within the breed, in the region of 35 types can be identified in terms of colour and conformation, not all represented in the UK. This breed of primitive stock is recognised as the most true in terms of DNA to those sheep first managed by the Vikings.

Their qualities for meat milk and fleece is increasingly valued as the economics of farming becomes more difficult and folk are looking again at natural products. In Iceland the breed has been favoured for its meat in recent years. In the UK the sheep have been raised mainly for wool which is sought after, as well as occasionally for the meat which is considered to be of gastronomic quality.

Being of the north Atlantic short tailed race Icelandic sheep are frequently used in the UK to cross with Shetland sheep for additional size. They are increasingly viewed as of use to breed the short fluke like tail onto commercial stock without loss of carcass weight. Welfare principles and economics are met. A short tail bred commercial sheep will not loose any growth time as a result of docking procedures. Time and capital costs are saved, time for docking, labour and capital costs of machinery to turn lambs where large flocks are to be managed and welfare issues are met.

Recent knowledge of colour genetics allows careful planning to avoid introducing colour into flocks where none is wanted on finishing stock.

Add to all of that, the coloured lambs of pure bred Icelandics are really cute. 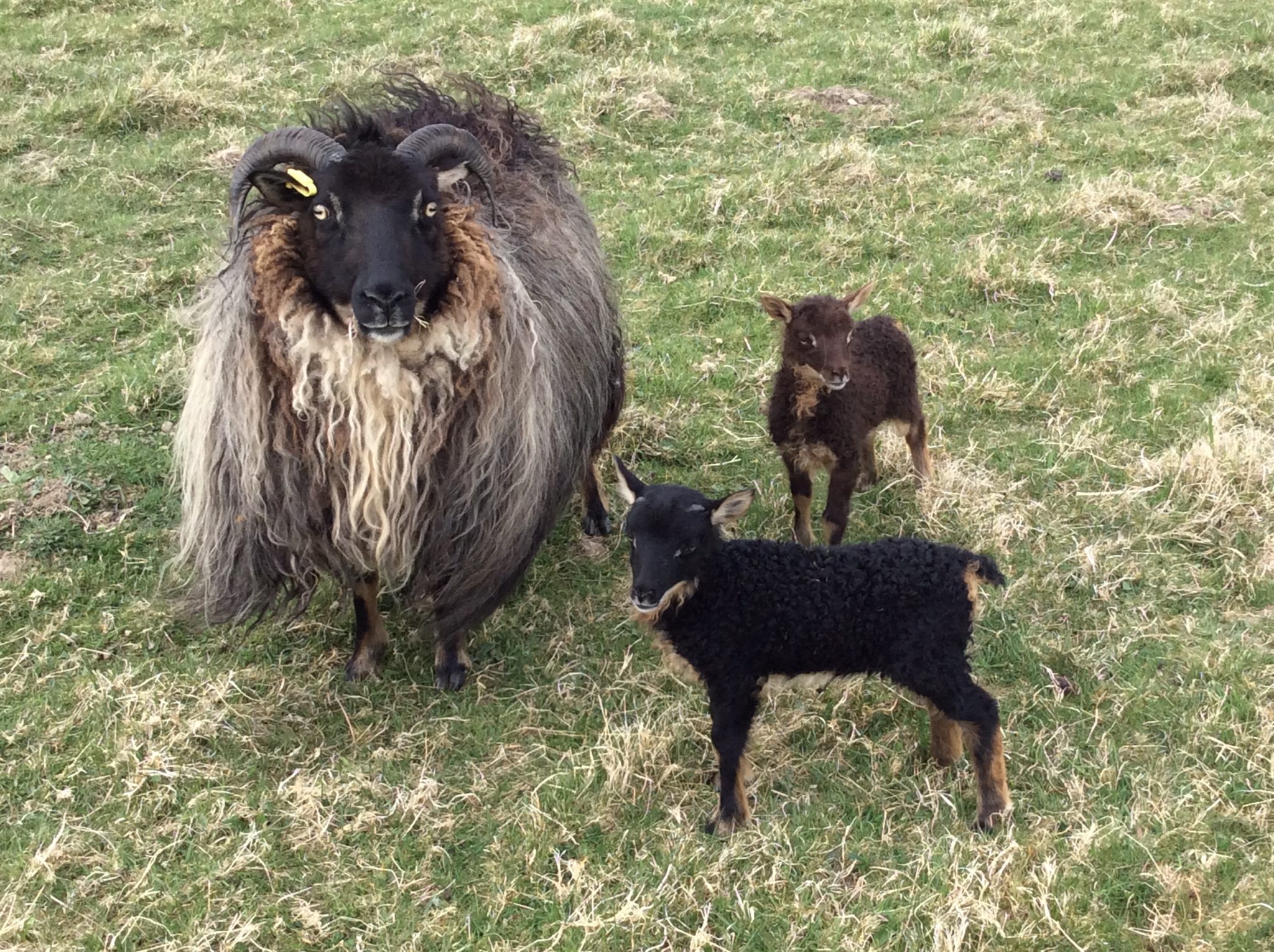